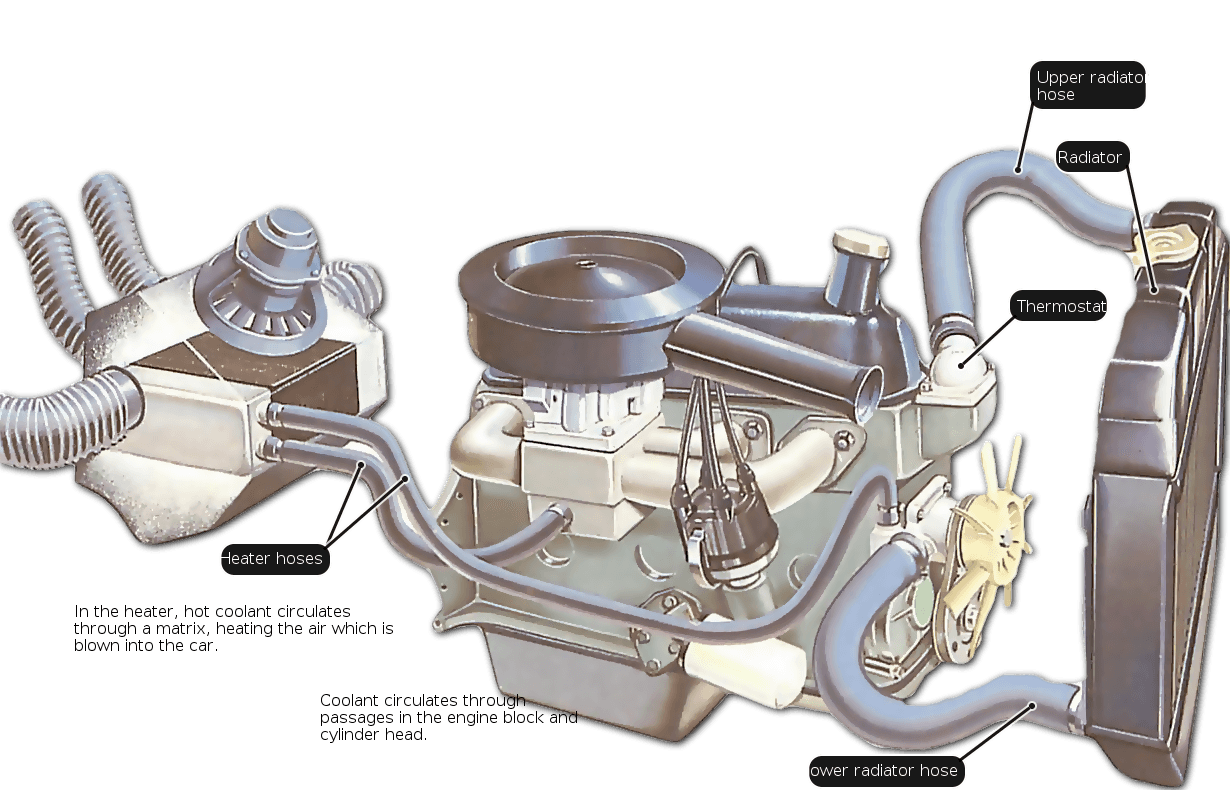 The radiator contains piping through which the coolant circulates, losing heat. The thermostat is typically a spring-loaded valve that opens and closes according to the temperature of the coolant.

A good-quality antifreeze of the ethylene-glycol type, with full anticorrosive additives, should be left undisturbed in the cooling system for about three years — summer and winter.

After that time, flush the system (See How to flush an engine radiator) and replace the coolant with fresh antifreeze mixture. Do not drain the system during summer and replace the mixture with water — that leads to rapid corrosion.

If you do not know how long the coolant mixture has been in the system, or if you have any doubts about its effectiveness, drain and discard it.

In time the mixture loses its anticorrosive properties. Replace it with a new mixture of the strength specified in your car handbook.

For driving in Europe, the proportion rarely exceeds half water and half anti freeze.