Apple is working on a car? There are about 50 former Apple employees working on Cupertino iconic devices for several decades.
For a while now there have been rumors that Apple is working on a car. The company still hasn’t publicly acknowledged this project, but a startup coming out of stealth today provides a nice taste of how a car might look and feel if it was built by Apple. That’s because the startup employs about 50 former Apple employees who spent decades working on some of Cupertino’s most iconic devices.

The startup is called Pearl, and it was co-founded by three former Apple engineers — a crew that helped lead the design and development on several generations of iPods and iPhones. That core group has since hired around 70 employees, 50 of whom previously worked at Apple, and has been working for over two years on its first product, a rearview camera it’s unveiling today.

Wait, you’re thinking, all that fancy Apple heritage and the first thing they release is a boring aftermarket auto accessory? It’s sort of an anticlimactic entry to the market, true. The unit, called RearVision, isn’t revolutionary. It’s a set of rearview cameras that fit around your license plate and sync with your smartphone. The differentiator is the attention to quality and detail that Apple is known for. This craftsmanship shines through in Pearl’s offering, as well.

ONE DAY OF SUN PROVIDES A WEEK OF POWER 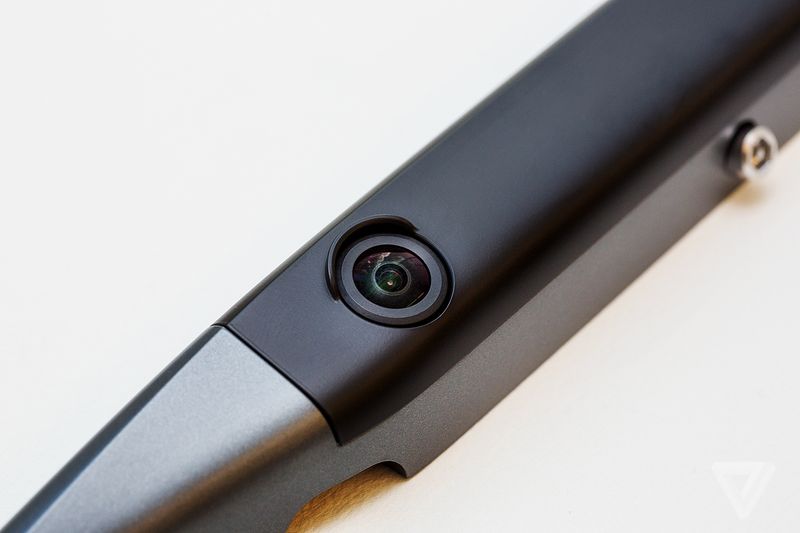 The RearVision unibody frame made of painted die cast aluminum alloy, a material the team chose for its durability and all-weather-resistance. Along the top it has two cameras that provide a 180-degree field of view. The brains of the device are in a unit that plugs into your car’s on-board diagnostic, or OBD port, which is standard on all cars built after 1996. The cameras communicate wirelessly with the hub and your smartphone. For power, the cameras rely on a solar panel built right into the frame. Gardner says a full day of sun will supply a week of charge, and that the unit can store an entire month’s worth of juice in its battery. It’s touches like this that call to mind the elegant simplicity Apple is known for.

The cameras turn on when you’re backing up and shut off if you start traveling forward at more than 10 miles an hour. It gets all the data on motion from the OBD port. You get a live stream of the rear view on your mobile device and can shift between portrait view, with two levels of zoom, and a landscape view. It will sound two different kinds of alerts: one to let you know a vehicle or person is passing behind you, telling you to slow down, and another indicating a stop to avoid a collision. The app is also thoughtfully designed. You can choose your favorite road apps — Google Maps, Spotify, etc. — and designate them for the home screen, which pops up when you shift from reverse to drive.

THE PERFECT BLEND OF FEATURES

I spent some time looking through the options currently on the market for rearview cameras you can install yourself. There were plenty that came in at under $100, but none that combined wireless video streaming with solar power and the ability to use your smartphone as your monitor. All involved at least some wires, often a lot of them. Most asked you to plug into a power source on the car or keep a large battery in your trunk. And plenty came with ugly monitors that I would be loathe to mount on my dash.
Pearl’s RearVision costs $500, which the company is positioning as a price point in between the cheap DIY options you can find online and the installation you could get at a dealership. A professional install can run few thousands bucks. The company also promises that it will be issuing regular software updates through the app, and is collecting anonymized data that it will use to make the camera smarter over time, perhaps by adding things like parking lines. 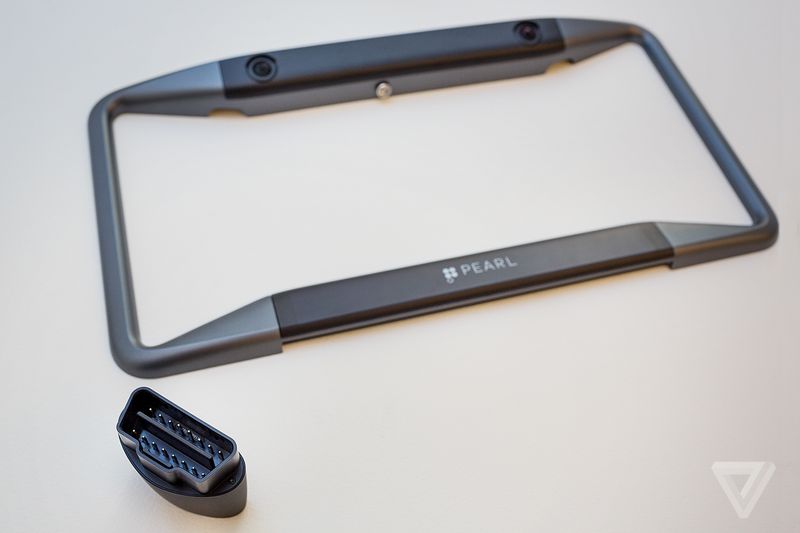 REARVIEW CAMERAS WILL SOON BE MANDATORY

The National Highway Traffic Safety Administration has actually mandated that all new cars have rearview cameras by 2018, motivated by the high volume of tragic accidents that they could prevent. The agency reported that, “On average, there are 210 fatalities and 15,000 injuries per year caused by backover crashes. NHTSA has found that children under 5 years old account for 31 percent of backover fatalities each year, and adults 70 years of age and older account for 26 percent.”

While the government can insist that new cars get safer, they can’t do anything about older vehicles. That is both a crisis and an opportunity. “There’s about 7 percent of new car inventory that comes in the market every year. That leaves more than 90 percent of the cars that are not new every year,” says Bryson Gardner, Pearl’s co-founder and CEO. “We saw the entire industry focused on new cars. So we figured let’s focus on the existing install base.” Gardner confirmed that the company already has other products in mind, but was coy about what exactly would come next. “If you were to go buy a Mercedes and there’s a driver awareness package, all of the things in there are the most important to get into the car in the short term.”

The RearVision is available for preorder from Pearl today, and the company says its experience with the supply chain while working at Apple will help it avoid any of the manufacturing pitfalls that have become common among small hardware startups. Gardner shares a detail that speaks to the impressive prelaunch funding Pearl has gotten — $50 million — and to the attention to detail the team has brought to the project. “We built 1,000 prototypes over five engineering builds, so we have a very good handle on the production.”