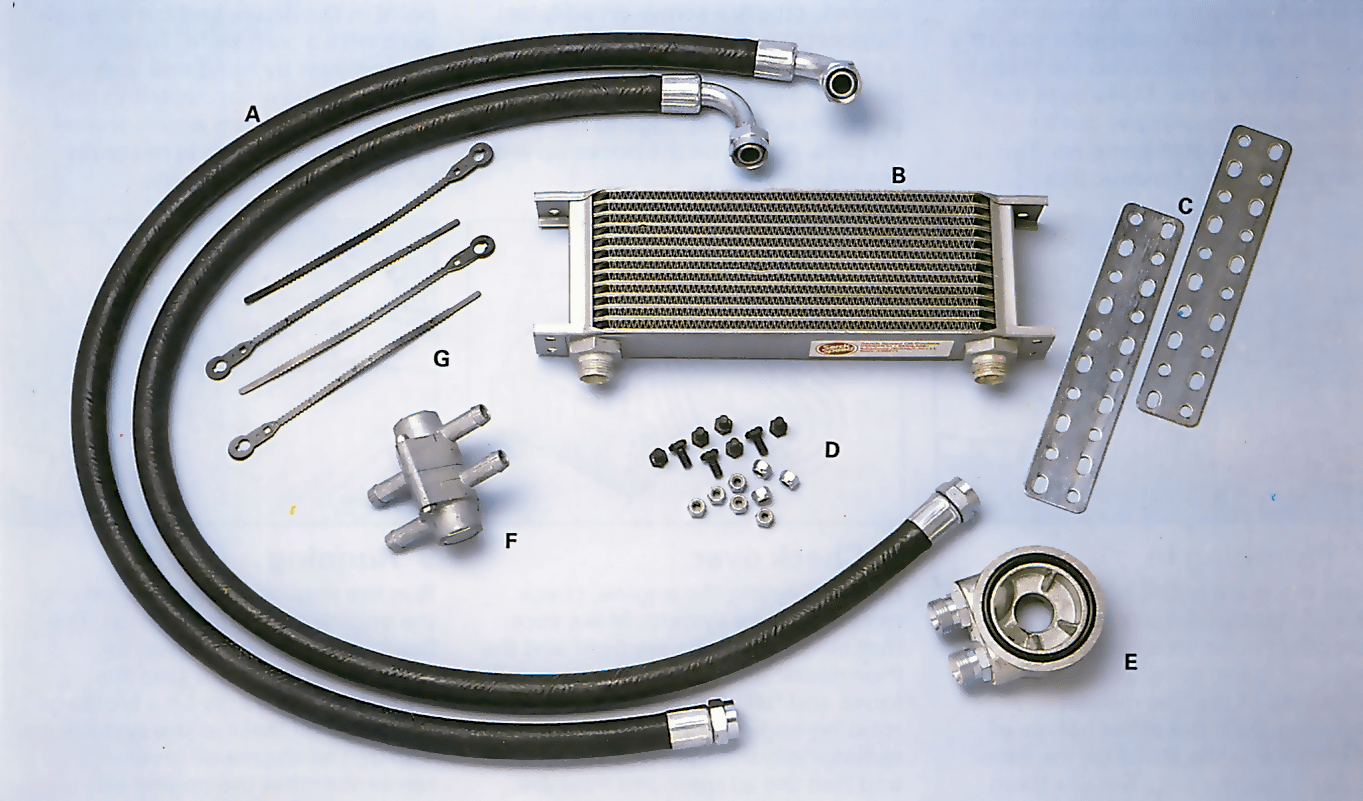 The oil in your engine needs to be kept at an optimum temperature so it can
still carry heat away from the engine and lubricate the moving parts properly.
If the temperature of the oil is allowed to rise, the oil will become too thin
to lubricate properly and too hot to disperse heat, and there will be a risk of
damage to the engine.

Car engines are designed so that the oil does not overheat under normal
running conditions. But if an engine has been modified to give greater
performance, or is used frequently for towing heavy objects such as a caravan,
there may be a possibility of the oil getting too hot. In this case it is a
wise precaution to provide extra cooling for the oil.

The answer is to buy an oil-cooler kit to fit to the car. These are fairly
expensive, but not as expensive as repairing an engine that is damaged because
of overheating.

The main part of the kit is a radiator, sometimes known as the cooler. This
looks similar to a small water radiator and, like most normal radiators, it is
mounted in the main airflow for maximum cooling effect.

To join the radiator to the rest of the engine, you use a special adapter or
sandwich block. This fits to the engine where the oil filter normally mounts,
and the filter is then mounted on to the outer end of the adapter.

The adapter is joined to the radiator by two flexible rubber hoses one a
feed, the other a return. All the necessary mounting brackets and securing
clips are supplied with the oil-cooler kit.

As with water-cooling systems, there is a danger of the oil being
over-cooled if it is allowed to flow through the radiator all the time. A
thermostat is often fitted to overcome this problem. It is normally plumbed
into the hoses, though on some systems it is built into the bottom of the oil
radiator.