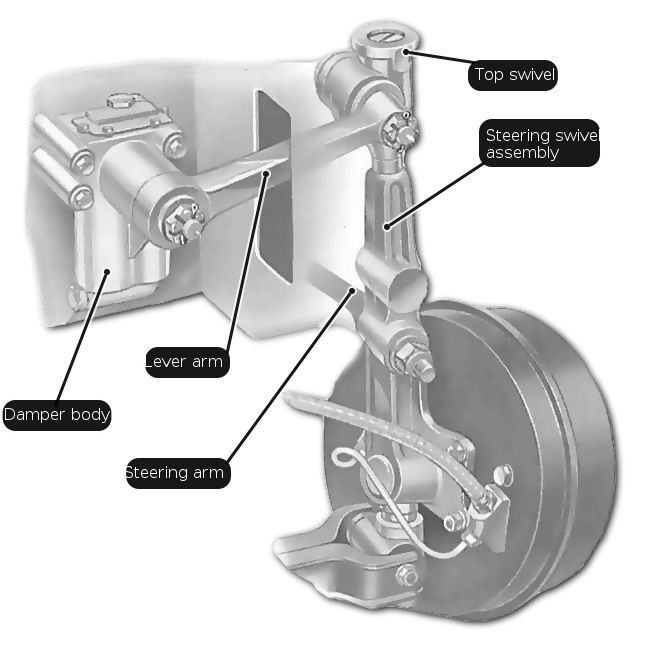 A lever-arm damper on the front often acts as part of the suspension unit.

Put the jack under the bottom suspension arm on one side. Raise the jack to push the arm up and to take the weight off the damper arm.

The steering arm may be in the way. If so, free it using a ball-joint separator; you may be able to hire a scissor type.

Alternatively, it may be possible to separate the joint by a sharp hammer blow. Unscrew the nut until it just covers about three or four threads at the end of the ball-joint pin. Hit it with a soft-faced hammer in order to break the seat. When the joint is free, separate the two parts and move the steering arm out of the way.

Undo and remove the bolt that fixes the lever-arm damper to the steering swivel (or stub axle). The damper body may be bolted to a chassis member, subframe or the inner wing. Undo the fixing bolts, and lift it away.