If a car stops and has not run out of petrol, check whether there is petrol in the carburettor. If there is not, there is a fault in the fuel system. 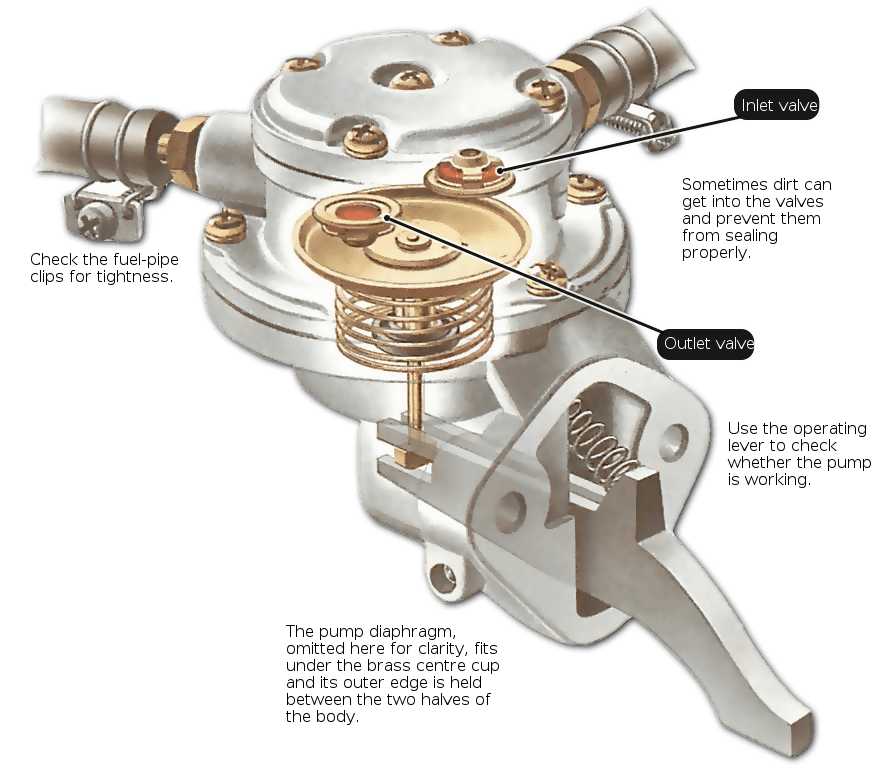 Disconnect the fuel line to the carburettor, slipping a plastic bag over the end of the line as you do so to catch any fuel inside.

Secure the bag with a rubber band, then turn the engine over with the starter.

An electric motor which uses a geardrive to crank (start) the engine.

If the fuel is ejected, there is a fault in the carburetor. If there is no fuel, or just a dribble, there is a clogging or leakage in the fuel or fuel pump does not work. Some pumps are sealed and can not be repaired. Check for screw removal.

A mechanical-pump drive hardly ever fails — though signs of wear may appear on the cam and operating lever, linkages and pins.

The diaphragm can leak. Small leaks can affect the engine obviously only at high speeds, but may also allow petrol to drip into the camshaft to the oil pan. If this happens, there is a risk of explosion.

Valves have a disc and a seating held together by a small cage. Pres- sure in one direction pushes the valve on to its seating, closing it; pressure the other way lifts the disc and opens the valve.

Valves last many years, but dirt can get in and stop them seating properly.

Gaskets and loose fuel pipes may leak, and so may the seal between the diaphragm and the two halves of the pump body.

Another occasional fault is loose mountings. The pump is often out of sight, and bolts may work loose unnoticed. This will cause a severe oil leak.

Removing and replacing the pump 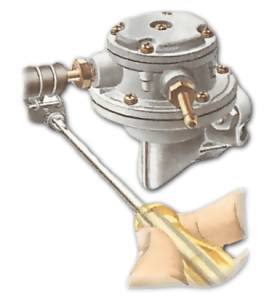 Have a couple of tapered plugs or old pencils handy to block the fuel lines in case they gush petrol when you disconnect them.

Sometimes line with wire cut and side cut off the tool. Use the new screw clips. You can use twisted pair as an interim measure.

When refitting the pump, make sure the lever is above the camshaft. If not, the operating cam will be damaged as the engine turns over. 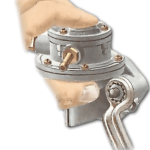 Replace gaskets after an overhaul. Tighten bolts gradually in sequence. Do not overtighten.

The ‘official’ way to test a pump is to put a pressure gauge on one side and a vacuum gauge on the other. A simpler way is shown here.

Do not test the pump by blowing compressed air into it: you may burst the diaphragm.

Even if you find the fault, you may not be able to mend it. If the pump is sealed, it will have to be replaced.

But if there is an obstruction under the filter (if any) you may be able to get at it by removing the filter.

When you use a pump, test the previous fuel depletion. The dry valve is not always fully seated.