Plastic is increasingly used in manufacturing cars, but the image of the plastic is still very poor, this is mainly because in order to reduce fuel consumption and the result of greater efficiency and reduce weight.

For many years the problem has been that plastics are not strong enough to be used without reinforcement. Now the scene is changing, with more complicated, composite materials taking over from simple plastics. These new materials bring changes in design and manufacturing processes but, most of all, offer greater driving economy.

The Michelin VMP 413 plastic tyre valve is lighter than a traditional metal valve and has only four moving components —three snap-together plastic parts and a metal spring. The plastic is a man-made resin called Delrin.

The valve holds air better at high rotational speeds and has less effect on wheel balance than a conventional steel and brass valve. 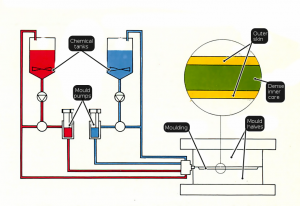 In reaction injection moulding, two types of liquid plastic are injected at the same time. These react chemically and set hard inside the mould. The process is very fast, taking only about 90 seconds to complete each panel.

Reliant Scimitar SS1 wings and corrugated pipe is made in this way, but they have an additional refinement – glass fiber mat was first in the mould, and plastic extrusion in the surrounding liquid. Strengthen von berg systeme reaction injection (RRIM) can be made into a very flexible while maintaining high strength.

Glass fibre – more correctly known as GRP, which stands for glass-reinforced polyester – combines lightness with strength. Weight for weight, glass fibre is much stronger than steel, so the panels can be made lighter. Over the years, it is the only plastic material for structural parts, and it is still widely used today.

In a glass fibre bodyshell, glass fibre matting is used to reinforce a polyester or epoxy resin panel. The resulting material is relatively stiff, but still has sufficient ‘give’ to withstand low-speed knocks. In the 1950s, manufacturers started to use the material for car bodies. The first car to appear with a glass fibre body was the Chevrolet Corvette of 1957, but underneath it still used a conventional steel chassis to give it strength.

The following year, Lotus introduced the original Elite – the world’s first, all-glass fibre monocoque. It had no steel chassis, and the engine, gearbox and suspension were bolted directly into the glass fibre shell. At present in the production of this kind of Midas is the structure of the car, a low yield of special automobile, most of its running gear from BL mini and the subway.

As an alternative to steel, glass fibre construction has considerable advantages. Though of much thicker section the structure is light, and rust becomes a thing of the past (except where it is bolted to metal). For the manufacturer, tooling costs are lower than for car construction in steel because large presses are not usually needed.

Despite these advantages, but glass fiber car is just a small manufacturer, usually attracted to low tooling cost. For mass production, it has never really is a feasible suggestion. Making relatively slow, because every body parts need treatment for several hours. Steel manufacturing, on the other hand, automobile manufacture has benefited from more investment and development.

Glass fibre can be made in a single-piece ‘open’ mould or in a two-piece press. With the open mould, only one side of the finished panel will have a good finish, but the mould is easy to make. This technique is normally only used for making one-off panels at home.

Using a two-piece mould results in an accurately sized panel which is smooth on both sides and of consistent thickness and quality with little risk of air bubbles.

Most of the body panels made from two-piece mould. Will be woven glass fiber mat placed in the bottom half of the mould, and then the second part landed on the top and lock in place. Pumping liquid epoxy resin and polyester resin into a mold. About an hour later, the glass fiber molded products will solidify and mould can be separated.

Lotus, who use the two-piece mould technique but use steel and Kevlar reinforcement as well as glass fibre, make their bodies in two main parts—an upper and lower half—which are glued together after moulding. Lotus also use glass fibre-wrapped foam sections in the mould to form rigid box sections for the body sills and other areas that need greater strength. 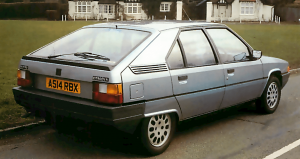 Since the early days of glass fibre, the use of plastics and other composites has come a long way, with techniques such as reaction injection moulding allowing a much faster manufacturing cycle.

Most manufacturers now use some form of plastic used in their car bumpers. in the early stages of the plastic bumper mold will be black or grey piece ugly big specifications plastic (polypropylene or thermoplastic plastics), usually with the back of the metal reinforcement to provide sufficient strength and sag resistance. 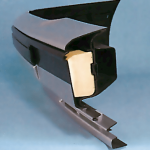 Now strength is more likely to come from molds type box body parts: use a lightweight foam as base, the rest of the buffer around its shape. The foam has no real strength of its own, but when it is used as a spacer it moulds the plastic into a strong ‘hollow’ section. Rover make the bumpers of the 800 series in this way but Lotus have developed the technique to the extent that they can use it for the main structural sections of their car bodies. Steel parts can also be moulded-in to give localized reinforcement for door hinge or lock mounting, and for protective parts such as door girders and roll bars.

Many of the plastic-bodied cars in production now use different types of plastic for different parts. Bumpers need to be deformable to absorb impact, and elastic to avoid permanent damage, so they are made from a variety of specially modified plastics with some rubber-like properties (such as polypropylene or modified thermoplastic polyester). For panels like the boot lid it’s better to use more rigid material such as fairly heavy gauge glass fibre or cold-pressed reinforced polyester so that the driver feels solidness when slamming it. 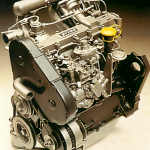 Use many different materials are easy to arrange, if the body is made up of many different parts of the bolt is connected to the central structure, but the lotus, their bodies in the two main parts, try to several different combination of materials to the same casting. With vehicles that have individual panels bolted on to a separate steel frame, such as the Reliant Kitten and Scimitar and the Renault Espace, each panel may be made of only one material or a composite of two. 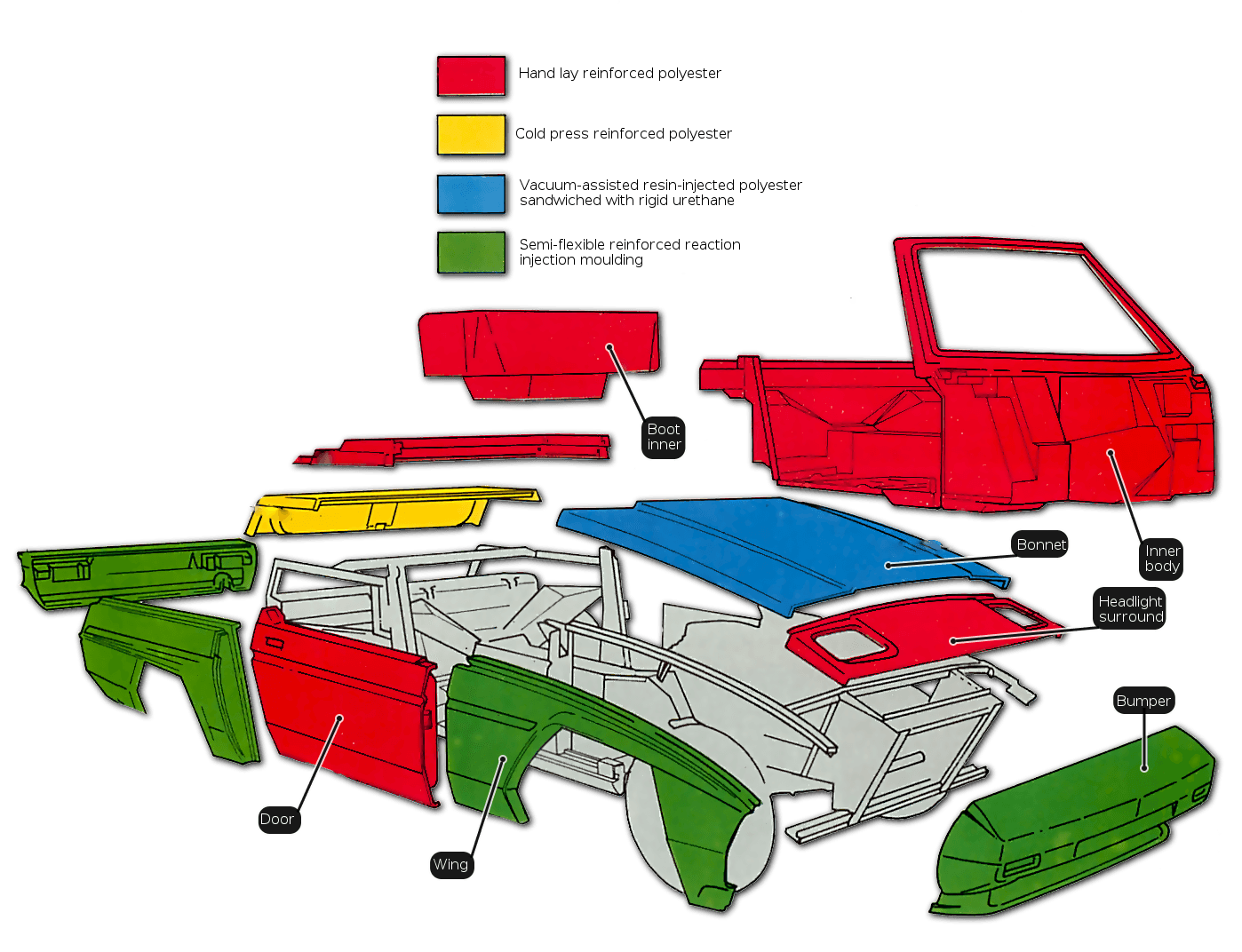 Glass-reinforced polyester will take conventional paint, as will other materials such as rigid polyester, used for non-flexible body parts. Most plastics cannot withstand paint-bake temperatures, however, so a common way around the problem is to use a two-component paint system that sets by chemical reaction rather than with heat. Renault using this type of coating systems for Espace, it also has a polyester microspheres in combination with a coating for high wear areas, such as the panel, it is easy to be dust, sand and stone detritus erosion.

It is not possible to self-colour high-density polyurethane and conventional paint won’t stick on it, so many of the early bumpers were unattractive. Since then, new materials and special primers have been introduced which allow the bumpers to be coloured.

The bumpers of the Austin Maestro and Montego, which are made from PBT (polybutadiene teraphthalate), are sprayed at the same time as the body to ensure good colour matching. They are painted away from the body and then fitted. 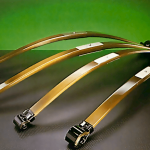 Although plastic are increasingly used for body parts and small parts, but recent developments mean plastic will soon be widely used in more of the major components. Fiber glass plate spring has Chevrolet corvette and Sherpa van in the 1980 s.

This technique is used where rigid, accurately finished panels with good surface quality are needed.

Fibre-reinforced plastics are also being developed for use in engines – not just for pipework, insulation and filler caps, but for items such as pistons and connecting rods. Besides the current widespread use of heavy cast iron and steel, can significantly reduce the weight. But not all of a sudden to all plastic engine, the new material will continue to be introduced in a single component, more widely accepted until the plastic.