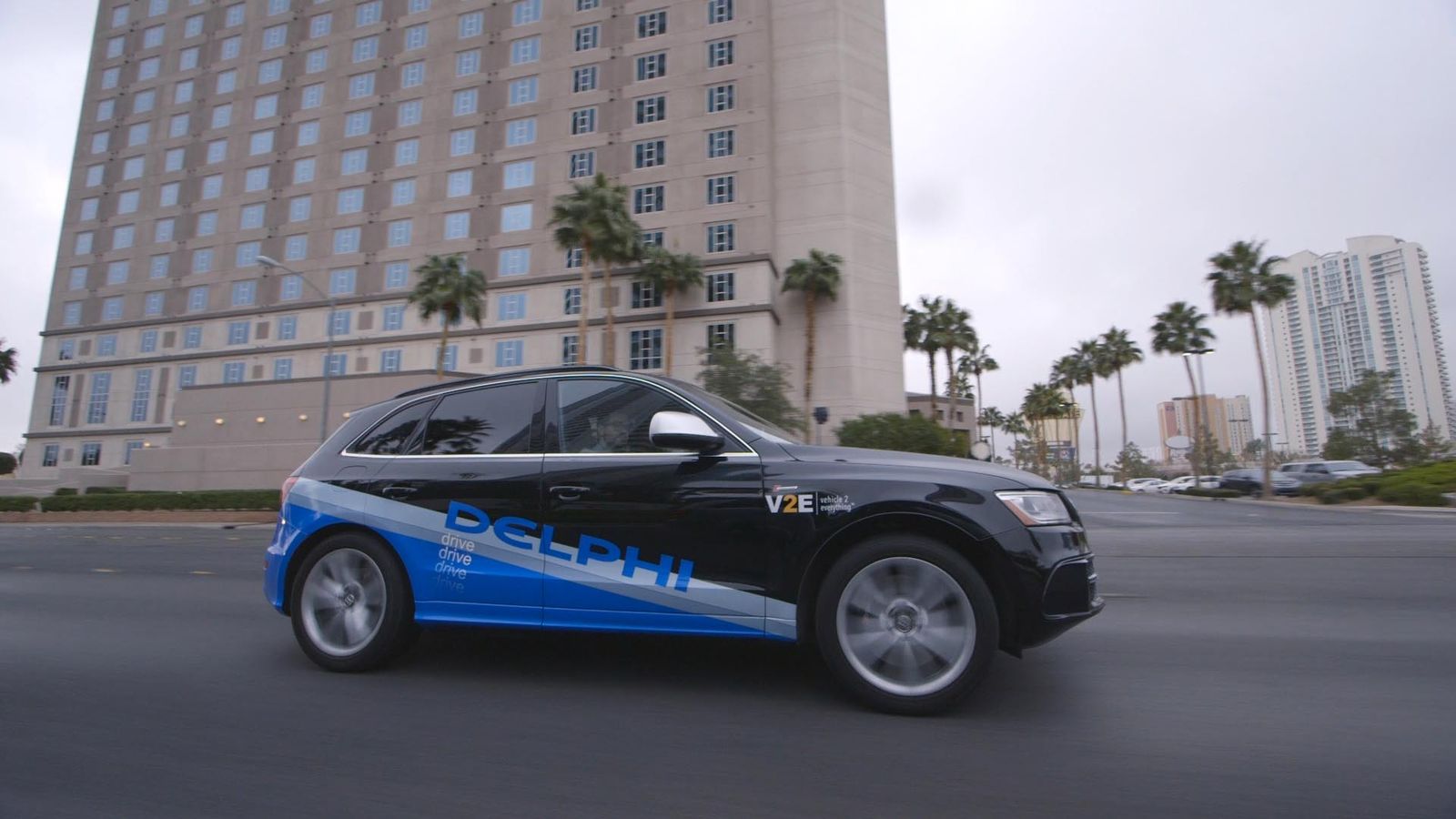 Delphi and Mobileye announced that they will develop  a near-complete autonomous driving system by 2019 together.

“Almost daily, we all see stories about how the trend in vehicle automation is driving rapid change in the automotive industry,” Kevin Clark, president of Delphi, said in a call with reporters Tuesday morning. “This trend is being driven by several factors, including regulators wanting fewer injuries and fatalities, city planners who want reduced congestion and reduced need for parking, and commuters want less traffic and the ability to more productively use their time during their commute.”

He added, “Autonomous vehicles are the key to addressing these challenges. They’re the quote-unquote promised land.”

The companies say their Central Sensing Localization and Planning (CSLP) self-driving system will be Level 4 autonomous as defined by the Society of Automotive Engineers. That would mean the automated system can control the vehicle in all but a few environments such as severe weather, but only in approved areas. However, when the system is active, a driver would not be required to pay attention to the road.

Mobileye Chairman and chief technology officer Amnon Shashua said the CSLP system would be radar- and camera-centric, with LIDAR operating as a redundant sensor. This will help keep the cost of the system down, he said, adding that in the end it would probably end up costing only a few thousand dollars.

Mobileye and Delphi say the CSLP system will be ready for production by 2019, a few years before other major players in the automotive world say they will be ready to roll out their own self-driving cars. Ford said last week that it will build a fully autonomous vehicle without a steering wheel or pedals by 2021. Apple has hinted that its electric car, which may or may not be autonomous, will be ready by 2019. Uber recently announced it would be testing its self-driving technology in Pittsburgh within a few weeks.

Both Mobileye and Delphi insist their partnership won’t conflict with other relationships they have with both car and technology companies. Earlier this month, Delphi announced that it will provide a fleet of self-driving cars to the city-state of Singapore for a mobility-on-demand program. Last July, BMW announced it was teaming up with Mobileye and Intel to bring a fully autonomous vehicle to the road by 2021. Mobileye’s sensors are also used by GM and Volkswagen. Shashua said this partnership with Delphi is not “contradictory, it’s actually complimentary” to its preexisting relationship with BMW and Intel.

“A project of this scale requires as much innovation as possible.”

“A project of this scale requires as much innovation as possible,” Shashua said. “Therefore creating multiple attempts to create this technology is a good thing.”

However, one partnership that won’t be going forward is the one between Mobileye and Tesla, which previously had been using the Israeli company’s technology to recognize images for its semi-autonomous Autopilot system. That break came after the two companies expressed disagreement over what caused a fatal accident in May involving a Tesla driver using Autopilot.

On Tuesday, Shashua confirmed that Mobileye had completely severed ties with Tesla. “We’re not changing our mind.”