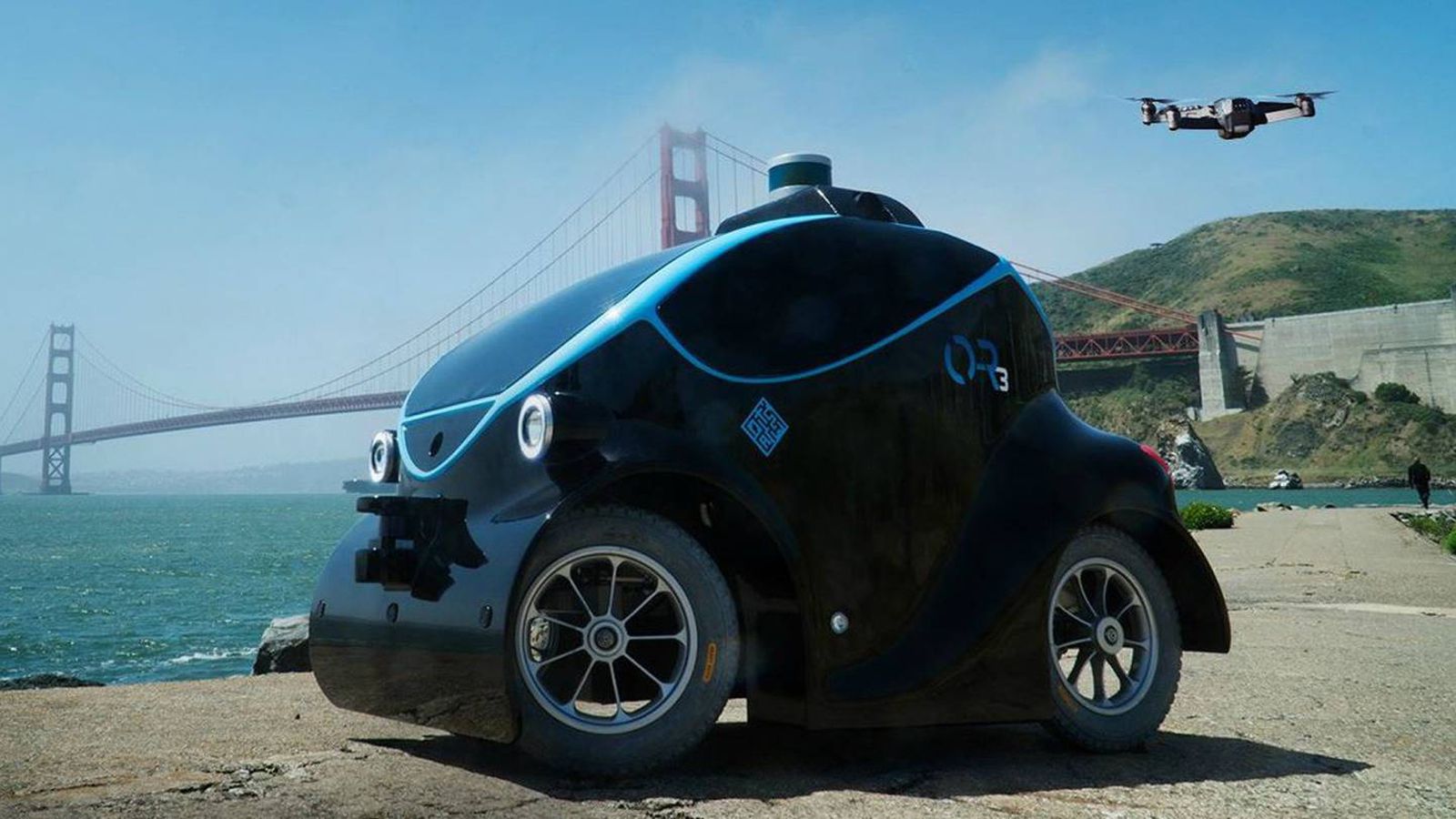 By the end of the year, Dubai’s police force will have a new recruit patrolling the streets: a self-driving car that acts a mobile surveillance unit. The vehicle is about the size of a child’s toy electric buggy, reports Gulf News, and is equipped with 360-degree cameras that “scan for wanted criminals and undesirables” — presumably using facial recognition technology.

The bot is built by Singapore-based start-up OTSAW Digital, and its proper name is the O-R3. OTSAW says Dubai will be the first city in the world to use the O-R3 for everyday patrols, noting that the robot isn’t intended to replace human police officers, but to “fulfill low-level order enforcement tasks.” As well as all-seeing cameras, the O-R3 can charge itself automatically, and comes equipped with an onboard drone to follow individuals to places where the bot can’t drive.

In a press statement, the commander of the Dubai Police Force, Major General Abdullah Khalifa Al Marri, said: “We seek to augment operations with the help of technology such as robots. Essentially, we aim for streets to be safe and peaceful even without heavy police patrol.” The bot will be deployed in tourist locations first.

The introduction of O-R3 is par for the course for Dubai, which says it wants 25 percent of its police force to be robots by 2030. As this bot shows, though, the term “robot” can cover a wide range of devices. In terms of functionality, the O-R3 isn’t much difference from the likes of the Knightscope K5, a water cooler-sized security bot, or other telepresence machines. And considering the fact that Dubai’s previous high-tech purchases have included jetpacks for firefighters and autonomous quadcopters, the O-R3 is sensible by comparison.